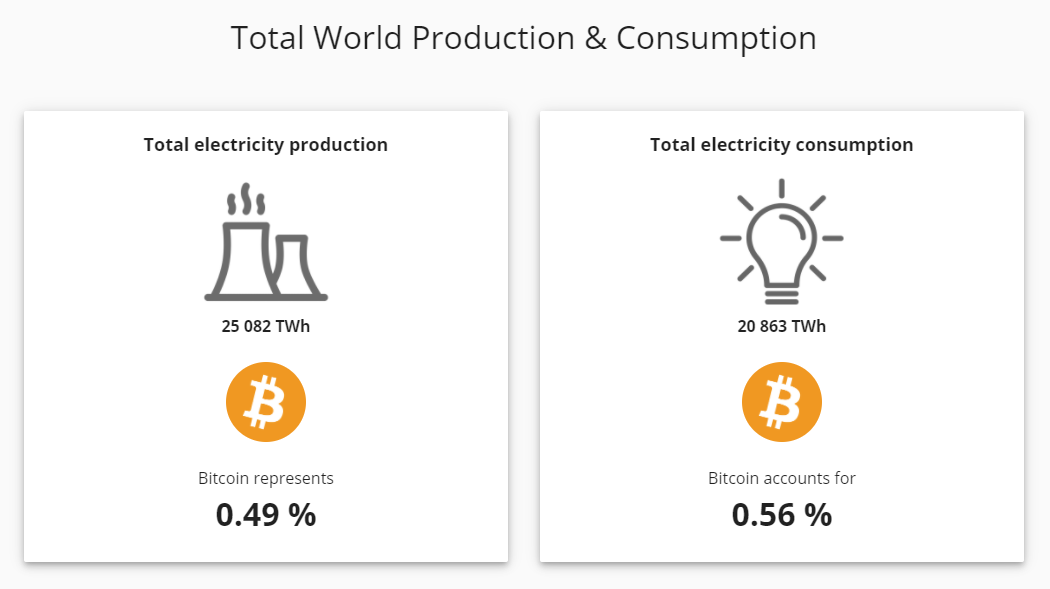 Facebook
Twitter
Pinterest
WhatsApp
The exponential rise in the price of bitcoin and hashing has led critics to once again question the energy efficiency of the largest blockchain – with calls for green hackers to band together and launch an attack on the network.

The self-proclaimed developer and environmentalist, whose name is Frank Leroy, created Twitter and Medium accounts this month to help disrupt the Bitcoin network by ethical hacking.

In an article titled Green Hackers Around the World, Let’s Destroy Bitcoin, Leroy argues that bitcoin is an unsustainable and destructive financial bubble that is doing serious damage to the climate by consuming exorbitant amounts of electricity.

The third part of the article calls on hackers to destroy bitcoin, saying the network could be mined by setting up something similar to a DDOS attack with fake transactions to clog the network, and cites three other sources for other attack ideas, adding:

It doesn’t even have to actually happen, but speculators fear it. If a group of hackers (real or fake) announce an imminent attack, the price of bitcoin could collapse.

But it’s not just the fringe media that are attacking the energy use of bitcoins; the mainstream media have also picked up the story. A recent Bloomberg article, titled Bitcoin is an incredibly dirty business, stated that most of the energy used by bitcoin comes from coal and other non-renewable sources and compared the network’s carbon footprint to that of New Zealand.

And Wall Street Journal columnist Jason Zweig wrote today that bitcoin mining will consume nearly as much electricity in 2021 as all of the world’s transportation systems combined in 2018.

If I understand correctly, bitcoin mining will consume almost as much electricity in 2021 as all of the world’s transportation systems combined in 2018 https://t.co/z7rWPzwSOM

Tesla will have to sell a lot of cars to make up for it pic.twitter.com/wmIuioZCqj

If we look at the figures used by Zweig, a different picture emerges. On Twitter, he links to the bitcoin energy consumption graph from the University of Cambridge. The three lines refer to the upper (grey) and lower (light yellow) limits and the actual billed consumption (yellow).

Zweig used the ceiling, which is currently 290 TWh, and noted that this is equal to the 2018 global transmission system consumption (390 TWh). However, if we go by the actual estimate of 120 TWh, the Bitcoin network will account for about 30% of the transportation sector’s energy consumption in 2018.

Many critics refer to the bitcoin energy consumption index, or BECI, on the website Digiconomist. According to BECI, Bitcoin’s annual carbon footprint, electricity consumption and e-waste are comparable to those of New Zealand, Chile and Luxembourg.

However, Bitcoin advocates like Marty Bent point out that much of the electricity used to power the bitcoin network is surplus and unused. In his message today, he writes:

The relentless competition in the bitcoin mining industry drives miners to seek the lowest possible cost of energy production, which leads them to totally unused or wasted energy resources.

Other proponents point out that the energy used in mining is often renewable. Up to half of the mining activity takes place in the Sichuan region of China, and these miners make use of the region’s hydroelectric facilities whenever possible. However, these plants depend on seasonal rains and when these are scarce, Sichuan switches to coal.

A study by Kraken’s head of growth, Dan Held, found that mining in the Sichuan region is over 90% renewable, making the entire Bitcoin network nearly 78% renewable. 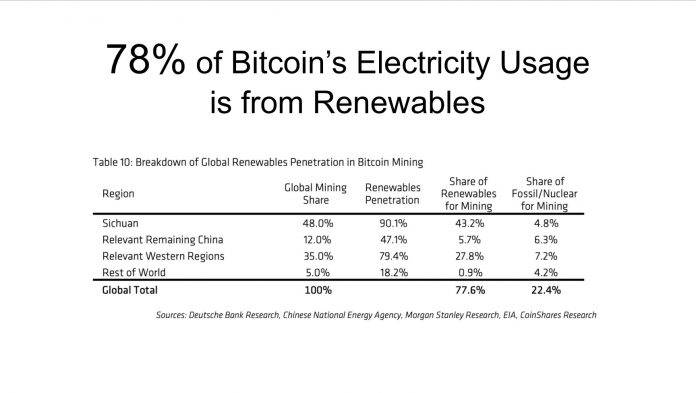 Goldman Sachs analysts divided over whether Bitcoin is an ‘investable asset...

Gordon James - June 18, 2021 0
According to Goldman Sachs, Bitcoin is not a real currency , and they will be able to announce that before they have even studied...

Banks won’t exist in ten years unless they change their business...